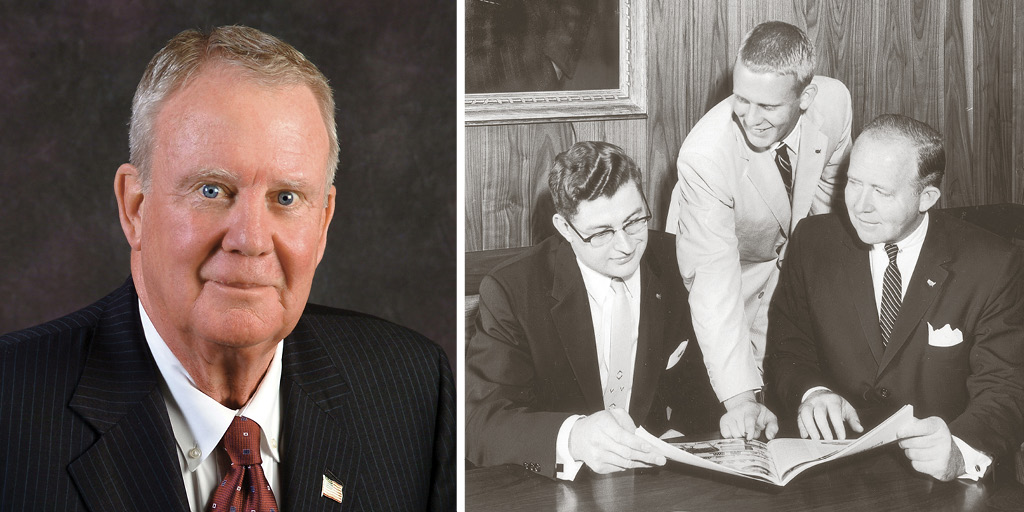 It is with a heavy heart that I announce that RPM’s prior chairman and CEO Thomas C. Sullivan, who was also my father and mentor, passed away peacefully on Monday, November 30. He was 83 years old.

Tom lived The Value of 168 and made the most of every moment. He was an inspiration and example for so many as a loyal son and brother, a patriotic Naval officer, a dedicated husband, a beloved father, an internationally recognized business leader, a generous philanthropist, a widely respected community leader and a man of faith. Because of the tremendous influence he had on shaping the RPM of today, I thought it would be inspiring to share details of his life with you.

Tom was born in 1937 and was the youngest of six children. He received a dinner-table education in business and entrepreneurship from his father, Frank C. Sullivan, who was growing the roof coatings business he founded in 1947. That business was called Republic Powdered Metals and would evolve into today’s RPM International Inc.

In 1961, after graduating college and serving in the U.S. Navy, Tom joined his father’s business as a division sales manager. The company’s sales were $2 million at that time. Tom was part of a team that sold shares of the company in an initial public offering. The proceeds were used to launch RPM’s acquisition program in 1966.

In 1971, at age 34 and with six young children at home, Tom was thrust into the role as RPM’s leader after his father, who was also his boss and mentor, died suddenly. At the time, the U.S. economy began to slip into a period of stagflation.

Despite these pressures, Tom plotted out a plan to aggressively grow the $11-million company. He guided RPM into international markets, instituted an annual planning process and committed to rewarding shareholders with a consistently increasing cash dividend. He also set a high bar for business ethics and corporate governance.

By 1979, RPM revenues reached $100 million, an accomplishment that gave Tom the confidence to forge ahead with his strategy. During the ensuing 30 years, Tom grew the company to more than $2 billion in sales through a combination of internal growth and acquisitions, achieving record sales every year and record net income in nearly every year as well.

Tom stepped down as CEO in 2002 and as chairman in 2008, while maintaining a leadership role with the company as a director and through continued support of the acquisition program. Following a 55-year career with RPM, Tom retired from the board in 2016 when company sales were nearly $5 billion. His leadership ingrained practices within the organization that continue to perpetuate growth and success under the current generation of management. 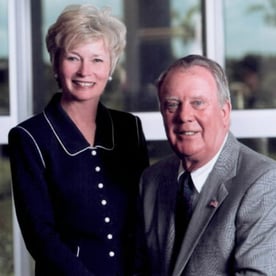 Publicly, most would recognize Tom’s success as a titan of industry, but privately it was his philanthropic work that gave him sustained joy in collaboration with his beloved wife Sandy. Together, they were especially motivated to promote education initiatives championing the aspirations of underprivileged youth from elementary school through college, as demonstrated by their enduring involvement with Metro Catholic and Urban Community School. Some of the other organizations they supported include Greater Cleveland Food Bank; Community Service Alliance, which helps people emerging out of homelessness; Boys Hope Girls Hope of Northeast Ohio; the Society of St. Vincent de Paul, in support of its west side food centers; the West Side Catholic Center and Malachi House. In addition to financial assistance, Tom gave of his time, connections and expertise to help these and many other organizations flourish.

Tom’s most enduring trait, and perhaps the secret to his success, was his belief in people. He had a great way of connecting with others, setting high standards for them and believing in their abilities. As a result, people would rise to the occasion to deliver on his positive expectations. Due to his leadership and drive, he leaves a lasting legacy within his family, in his community and with RPM. 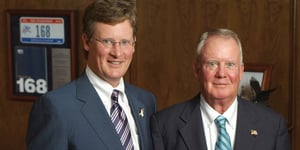 A Legacy of Leadership from Thomas C. Sullivan 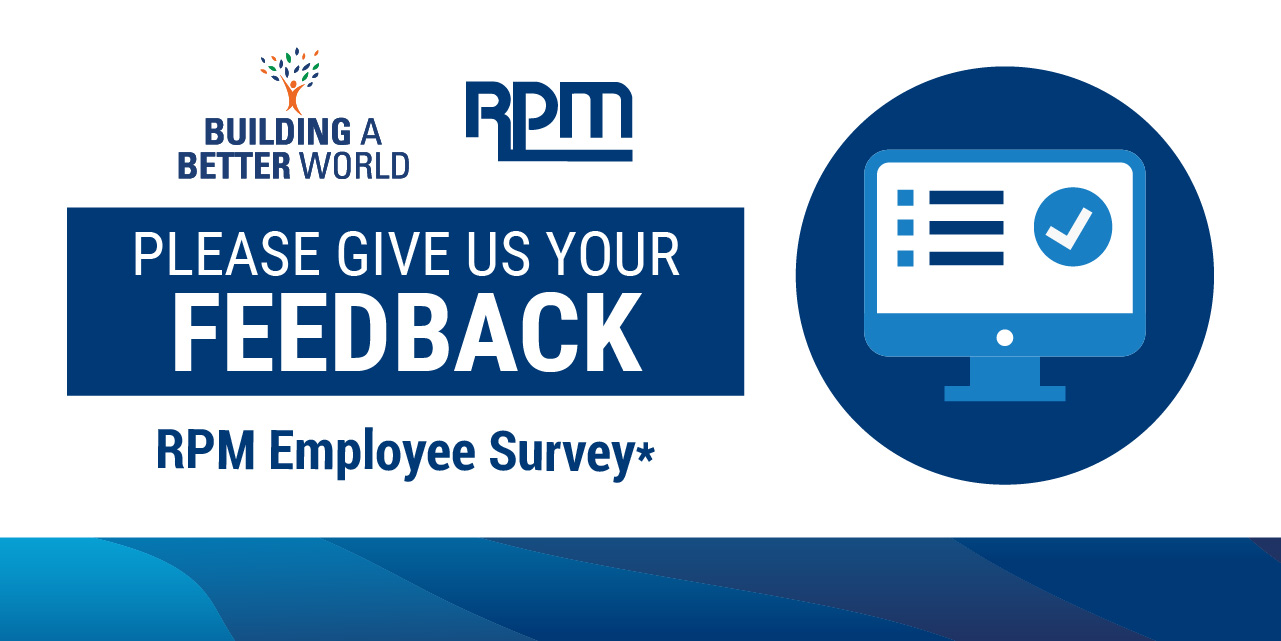 Please give us your feedback.  We are conducting an employee survey through January 31.  If you did not receive the survey or need further assistance, please contact your local HR team.

As was included in the December 22 email and video from Tracy Crandall, RPM is embarking on a sustainability initiative called Building a Better World. You will hear more about our Building a... 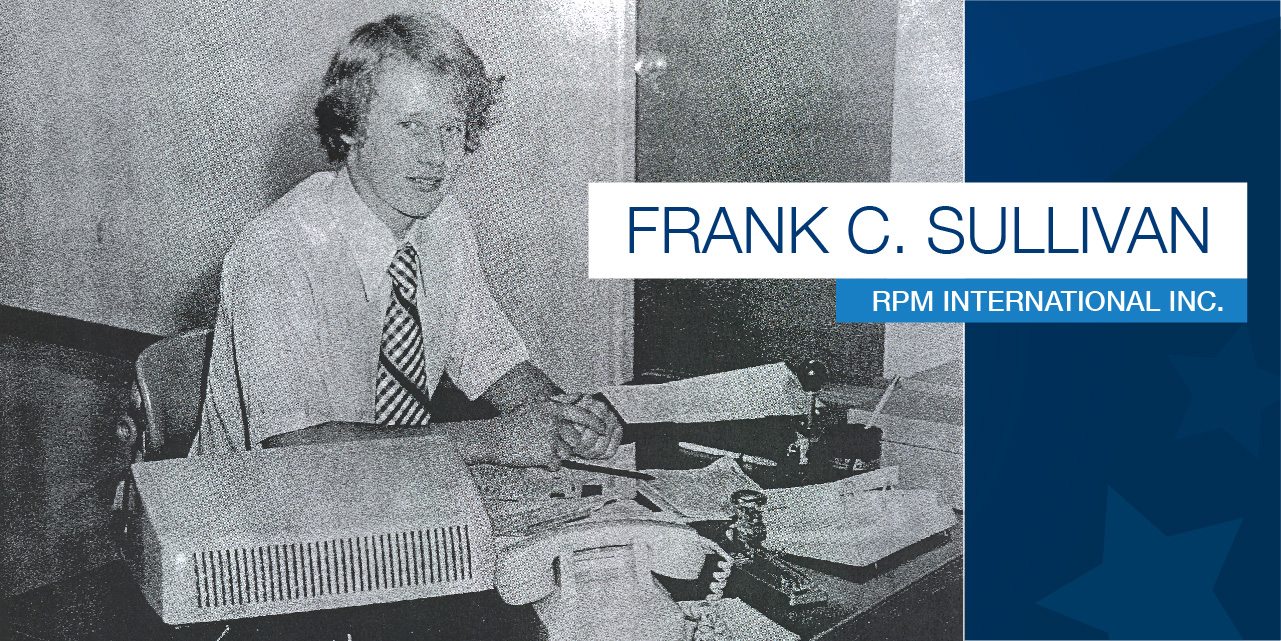 Spotlight: Getting to know our CEO, Frank C. Sullivan

What was your first position at RPM? 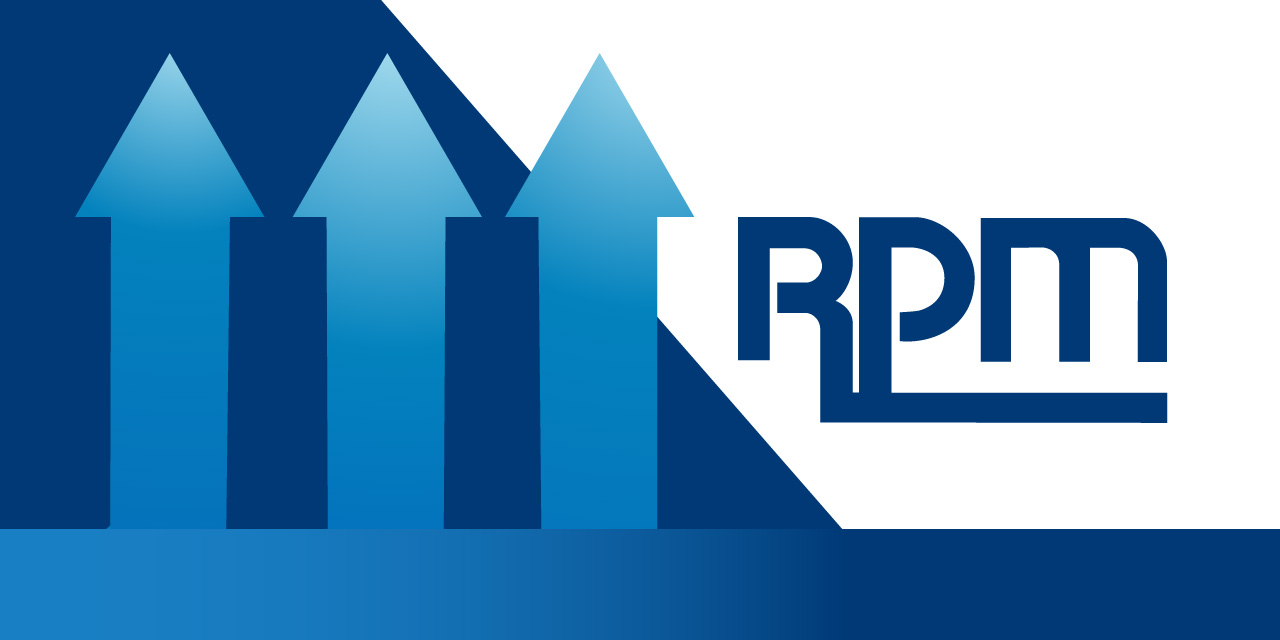 Congratulations to the whole RPM family for not only achieving the $100 per share stock price but closing the day above $100 per share price. What a great tribute to the hard work and dedication...

Investing in the Future of Construction through Community Engagement: The Rising Stars Program

The brainchild of David Hutchinson of Tremco Commercial Sealants and Waterproofing, the Rising Stars Program began as an idea in August 2020 and has since grown into a full-fledged inter-company...